You will need a good quality milling vise when you get your mill since it is the most convenient way to hold your workpiece for many operations.

A milling vise is generally much heavier and more prescisely made than your typical bench or drill press vise, but high quality drlll press vises, such as those made by Palmgren, can serve as a milling vise if you already have one.

I painted the shaft day-glo orange because it protruded out from my workbench, creating a potential safety hazard. The paint lasted about 4 days. I don’t use the Grizzly vise on the mill much anymore (see below) so this has not been a problem.

I already had a Craftsman angle vise for my drill press and it is sturdy enough to use on the mill. Though not as accurate as a real milling vise, it does come in handy when I need to mill something at an angle, so I use it often. 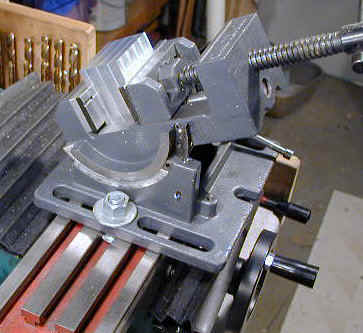 This type of vise has precision ground surfaces that are flat and parallel to better than .001 on all sides, which makes it a lot easier to square up your work and to hold very small or very thin work. If I had to do it over, I would just buy this vise and not the Griz. 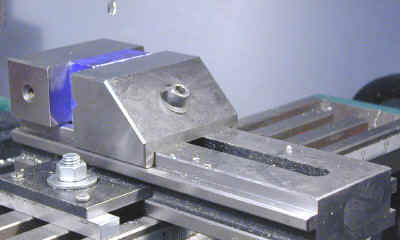 If you visit the Enco website and look at the vise page, they show two styles of machinist’s vise: A and B, neither of which looks like mine. Style B is listed for the 428-9126 part number and for others of the same style with different dimensions.

On 4/18/02, Ron Moeller confirmed with Enco that style B is (at this time, at least) the same as mine, shown above. Here’s his message: 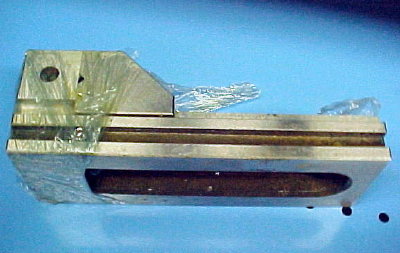 This type of vise is a little different from a regular bench or milling vise in that a socket head cap screw is used to tighten the jaws. This can be a finicky at times, as there is a sort of cross-bar arrangement underneath the vise in which the cross-bar, which is attached to the screw, drops into the nearest of several slots cast into the underside of the vise.

Finding the right slot is problematic: sometimes the slot is too far back and you after tightening the movable jaw as far as it will go, you still have not clamped the workpiece down. Other times you end up loosening the screw until it drops the cross bar.

The problem is that you can’t see the cross bar, or how far the screw is engaged. It’s really a minor annoyance, at most, and someday maybe I’ll figure out a system for dealing with it. Because the movable jaw is designed to stay exactly parallel to the fixed jaw, it is sometimes difficult to securely clamp work in which the sides are not parallel.

Some versions of these vises have a series of holes along the side intead of a groove. Rick Kruger got one of that type some time back and attempted, with great difficulty, to mill grooves along the side so that he could mount it to the table.

The metal in these vises is pretty hard and can’t be machined by ordinary HSS tools, and Rick broke at least one milling cutter in his attempt. (Photos below by Rick Kruger). 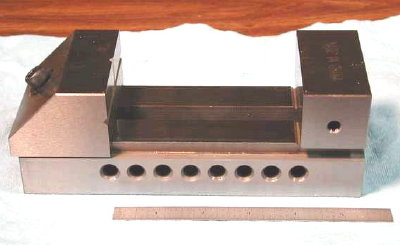 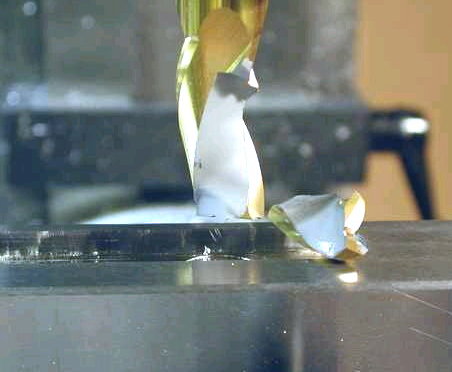 Chris Woods, of LittleMachineShop.com has posted a great way to mount this type of vise: 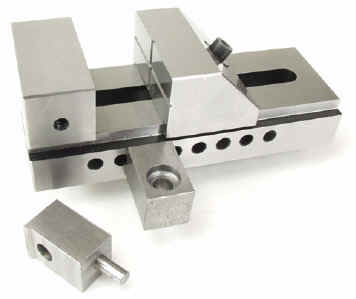 LittleMachineShop.com sells a nice looking 3″ “Kurt-style” vise ($99.95 04/02) that is sized about right for the mini-mill. I have not used this one, but it has gotten favorable feedback on the 7x group. LMS offers a few other vises, so check their web site. 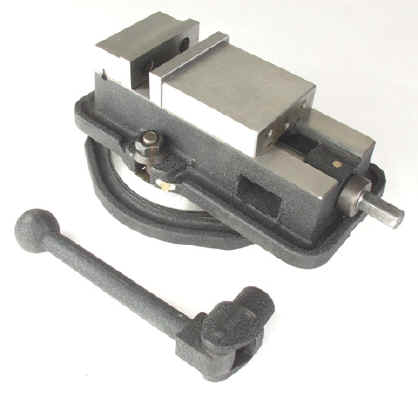 It’s bigger than you might guess from the picture. Here’s a photo of it mounted on the mini-mill: (I can’t remember who posted this picture – if you are the owner, let me know & I’ll post a photo credit): 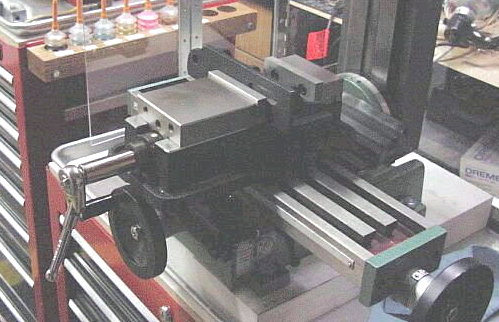